In my last post I was talking about book covers and how your photo might change in final product.
Recently I got a book cover from Arcangel Images that I really had a hard time to find out what I was paid for.
Took me 10 minutes to realize what item was used and where. Can you find out? 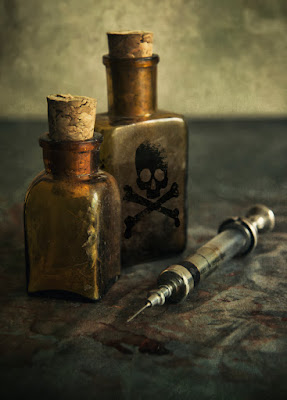 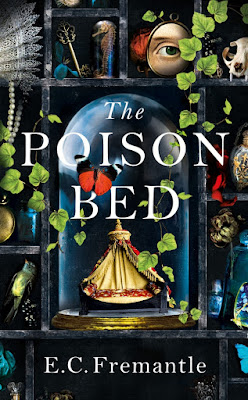 It clearly shows that your photos might be used totally different way than you think.
When you decide to become a contributor to the stock agencies, you just have to accept some rules and get used to work and see things different way than before.
on January 16, 2018 No comments:

When your photo becomes a book cover

It is already over 5 years since I joined two big stock agencies  as a photographer contributor. First in 2012 I have joined Arcangel Images and a year later Trevillion Images.  They might look the same at the first sight  (at this moment even their website layouts look very similar) but when it comes to submit your photographs, they have slightly different expectations. In my opinion it is good to belong to both, even it is quite harder join Trevillion.

It happened few times that some photos rejected by one agency were accepted by the other and what's more, few of them appeared on the book covers.
Many people ask me how does it work?  Very simple: You submit your photos to the agency, then wait for them to be accepted or rejected, if accepted they land into your portfolio and wait to be used. How many photos do you need to send? The more the better! The more photos you send and you are open to different subjects, concepts, ideas, the better for you. Not everything fits there, and even if accepted, there is no guarantee  that your photos will be used. I got my first book cover 4 months after I joined to Arcangel Images!

When it comes to the book covers - sadly you don't have any control on how your photos will be used. Sometimes they are almost untouched like the following sample of this photo taken ad Dark Hedges in northern Ireland 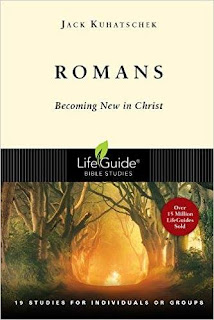 sometimes slightly modified, sometimes parts of your photos are mixed with other contributors work and the whole cover is a collage of different photos like the following one 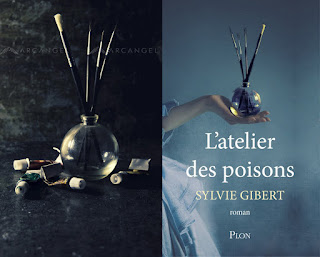 Some covers might suprise you and make you proud to show them to your friends, but sometimes you see your photos as the book covers you just want to pass.

Sometimes the same photo might appear on different book covers released in different countries (often with some modification). In these following samples the graphic designer decided to change the main character in the middle and leave the rest (the original photo was with the man wearing top hat) 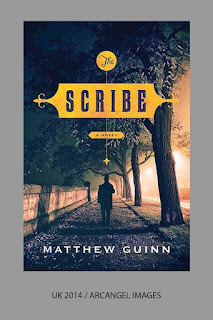 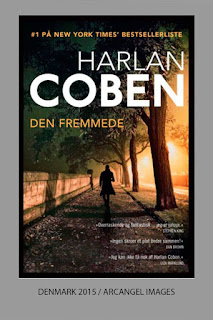 Sometimes the book is translated in many other languages with the same photo used for each book cover. It is always interesting to see different language editions of the same story.
The original photo of the butterfly in the window I took in 2015: And the final book cover of Clare Mackintosh's novel released in different countries:

If you love to take photos and would like to do something more than to keep them on your hard drive, give it a try and try to joins some stock agencies. And remeember, even if your works are rejected, it doesn't always mean they are bad. Sometimes they just don't fit the book covers market, that's why it is so important to be flexible while taking photos. 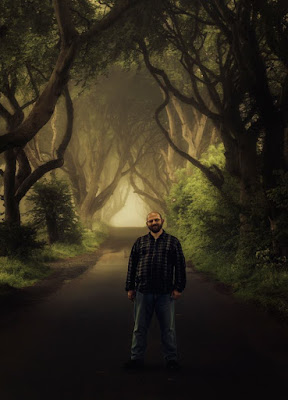 It is already over a year ago  since I visited Ireland for the first time. One week is surely not enough to see everything but I still remember few locations that really impressed me enough to vsit again one day. The Dark Hedges - an avenue of beech trees in County Antrim, Northern Ireland. Those old trees formed into atmospheric tunnel. Some time ago it was used as the location for Game of Thrones serie, and became a very common tourist attraction. I was lucky to get there around 2 a.m. so except me and two other photographers there was nobody to disturb. On top of that the fog and sunrise 3 hours later allowed us to take nice moody photos. When I came back few house later, the road was already crowded with many buses and tons of tourist posing for the pictures. These two were taken during the day, but I had to use the graphic program to remove people and vehiclec. If you ever plan to visit there to take nice photos, just be sure to get there in the early morning. This is one of the places to remember forever! Also keep in mind that due to strong winds for over few years, some trees are already broken and removed and I am afraid these are not the last ones. Some of my photos taken at Dark Hedges were already used for the book covers.

My World of Staircases

Staircases, spiral staircases...
I have never thought that photos of the staircases will be some kind of my trademark. These days many of my friends and other people when they talk about my photos they always mention my spiral staircases. I remember it started around 2011 when I visited a friend of mine who lived in an old building with beautiful but dirty staircase. The only camera I got at that time was my mobilephone camera so the results were not as I was expecting. But some time later when I purchased my first ultra wide angle lens I came back to take some photos of this staircase. I think that was the moment I fell in love with them. Today every place I travel I always try to find some nice staircases with different shapes, I might not be able to see museums, exhibitions, but I always travel with the list of adresses hwere I expect to find some nice stairs. Sometimes it happens that they are in private areas, or they don't exist anymore. Or the condition is so bad I avoid to climb to the top. Many people often ask me : How do you find them? There are many possibilities. I got in touch with people from all over the world who are also "staircases freaks" so we can share information and locations. Very often when I visit the town I just sneak here and there and it happens I find some nice ones. It is even more valuable when I take the photos of the stairs not many people took before, when I discover something that is not so popular already. Something that is not like spiral stairs in Vatican Museum. Photos taken there can be found everywhere.

Also carrying the right lenses help a lot to photograph stairs with different perspective, reveals some new unique views, sometimes a simple staircase turns into a beautiful form just because it was taken from the right angle. I try to find staircases everywhere. Sometimes it is dissapointing when you see a tower or the old lighhouse where you are almost sure that there is a spiral staircase inside, but then you find out it is not like you were expecting. When I visited Estonia last summer, there were only 3/10 lighhouses with spiral stairs. Most of them were just plain stairs, very narrow, almost impossible to photograph. Happily I found some nice ones like the following one: Many people ask me for the location specs for the staircase. Usually I don't mind sharing info because it is always nice to see different results from other photographers taking photos of the same locations. There are few exceptions , there are some I love to keep for myself, It makes those photos more "unique" when the location is not over explored.

The whole gallery of my staircases can be found at:
https://blaminsky-jaroslaw.pixels.com/collections/the+world+of+stairs
on January 11, 2018 2 comments: